We offer skilled personnel to help with the implementation of a terminal operating system including, but not limited to vendor management, process documentation and/or process refinement so our customers can take full advantage of TOS capabilities, plan data migration, testing, training, and go-live support. With any TOS implementation, integration to other systems is the key to success.

Our TOS Services include:

Cargo Velocity was hired by The Pasha Group in 2014 to act as the implementation partner for the installation of the Navis N4 TOS at the Pier 51 Honolulu Terminal. Cargo Velocity interacted with terminal and Horizon Lines staff, coordinated efforts among multiple vendors, and contributed to implementation activities. From configuration and data conversion to go-live planning, our consultants were involved in every aspect of the project. The N4 implementation was completed within 90 days from signing until go-live, a record for the TOS vendor. The Pasha Group called this "an absolutely phenomenal accomplishment a well-executed plan by a dedicated, tireless team." 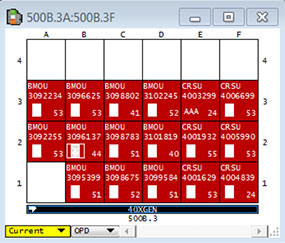